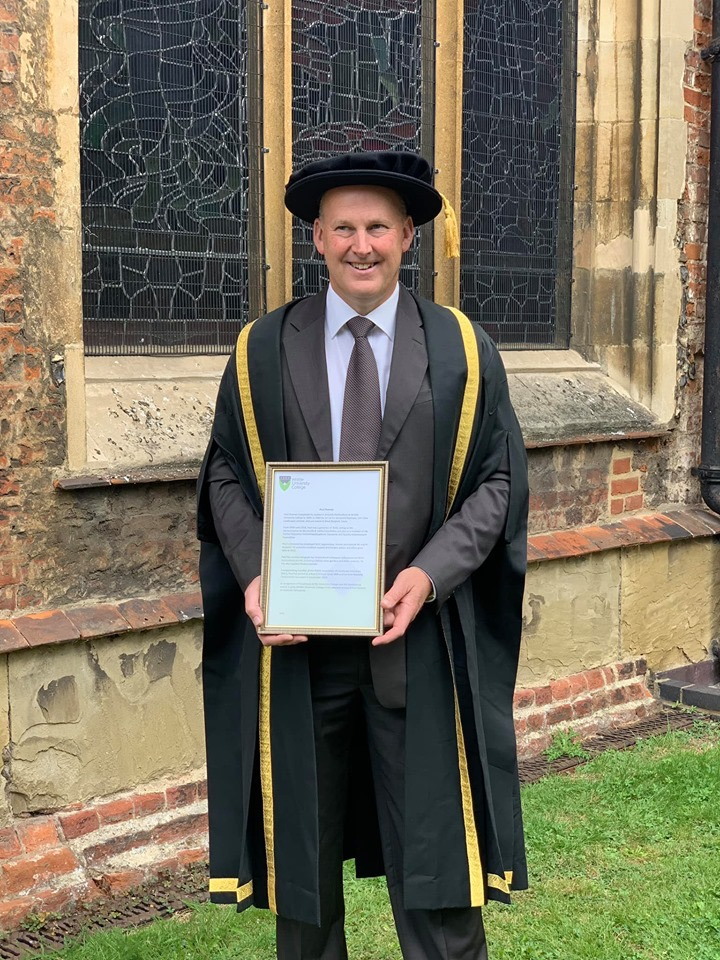 The criteria for awarding an Honorary Fellowship includes recognition for those who have:

The citation read: ‘Paul Downer completed his studies in Amenity Horticulture at Writtle University College in 1989. In 2004 he set up his successful business Oak View Landscapes Limited who are based in West Bergholt, Essex.  From 2008 until 2018, Paul was a governor at WUC, acting as the representative on the H&S committee and also a member of the FE Committee / Academic Standards and Quality Enhancement Committee.

Paul’s company has employed WUC apprentices, former and current HE and FE students. He provides excellent support and careers advice and often gives talks at WUC. Paul has worked alongside our horticultural colleagues and sponsored WUC horticultural events, including Chelsea show gardens and other projects. He has also supplied student awards.

A long standing member of the British Association of Landscape Industries (BALI), Paul has served as a Board Director since 2006 and became National Chairman for two years in September 2016.

Upon receiving his award Paul said “I am delighted and honoured to receive this prestigious award in recognition for distinction in industry, distinction in public service and distinction in service for Writtle University College. Writtle has and always will remain special to me. Receiving this award 30 years on since I graduated only re-enforces that feeling.”